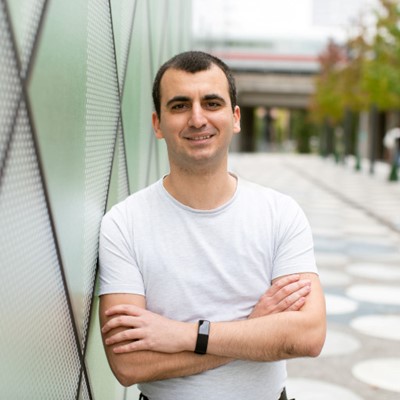 Error Handling Beyond the Standard Library

When building applications it's easy to focus on the happy path and forget about error scenarios. However, in the real world failures happen, and dealing with them is as important as the happy pah.

Kotlin and the standard library offer some approaches for dealing with errors like nullable types and sealed classes. But for many robust applications that might not be enough! I will present the tools and techniques offered by the Arrow library that builds on top and complements what Kotlin offers and helps you achieve composable error handling logic with a minimal amount of boilerplate code.

After attending this talk, you will have yet another tool in your toolbelt that will help you build robust applications.

Stojan is a software engineer working at Axel Springer. His Android advanture started in 2012 when he bought his first android device – the Galaxy Nexus.

Stojan is interested in building cool apps by writing maintainable and correct code. This led him to functional programming. He shares some of his learning on his blog and twitter account.

When he is not writing code Stojan rides a bike, goes for a run and recently learns Salsa dancing.